I cannot convey just how much in awe I am of figs of this age, they truely are magnificent...amazingly Angie is really only a medium sized specimen. 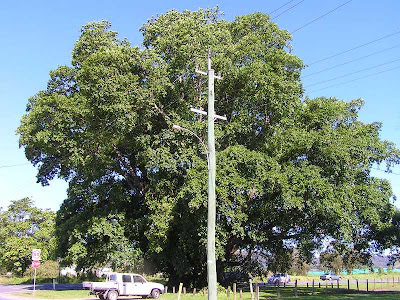 This year her new leaves were without the heavy sooty mould and insect pests that have been so evident on other visits. 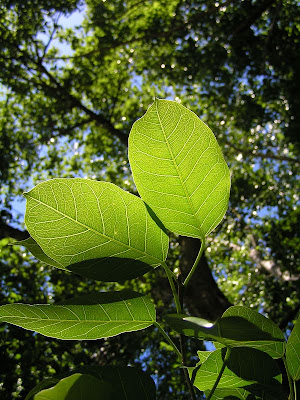 The very bad, and wild  weather we have been having recently had resulted in the failure of a small live limb (100mm diameter) from the upper canopy which was lying on the ground and another which although twisted around 270 degrees was still attached in the canopy. 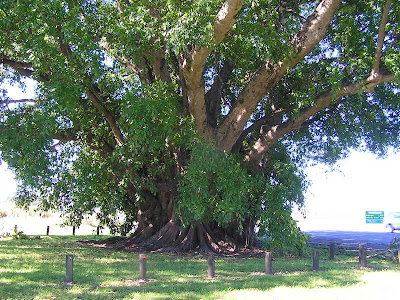 Doubtless largely due to the very free draining aluvial soils beneath her, there are no surface growing buttresses visible on Angie...so common with larger older figs of this species when grown on less favourable soil conditions.

The impact of the aluvial soils on healthy root growth is something that is in her favour, sadly the proximity of the road is not, and I fear that the consequences of more recent road widening will significantly impact on the Angie's longevity. 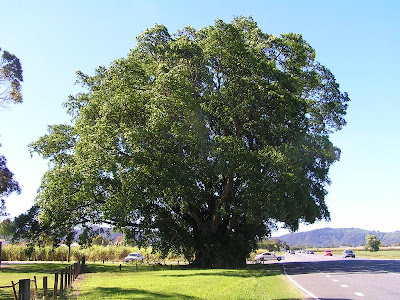 It is heartening to note as I did nearly a year ago that Tweed Shire have recognised the importance of this inspiring veteran tree. 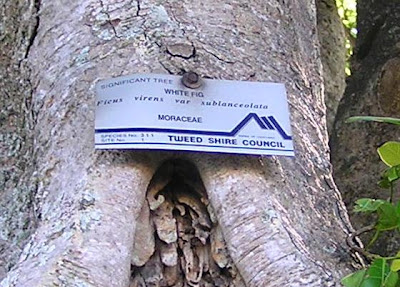 She would (IMO) still benefit hugely from a mulch layer being applied over the grass area (out as far as possible)
Posted by Sean Freeman at 9:57 PM